In my review of Windwitch, I mentioned that it had taken some of the shine off the series for me – so, did Bloodwitch manage to pull things back? In short, yes! 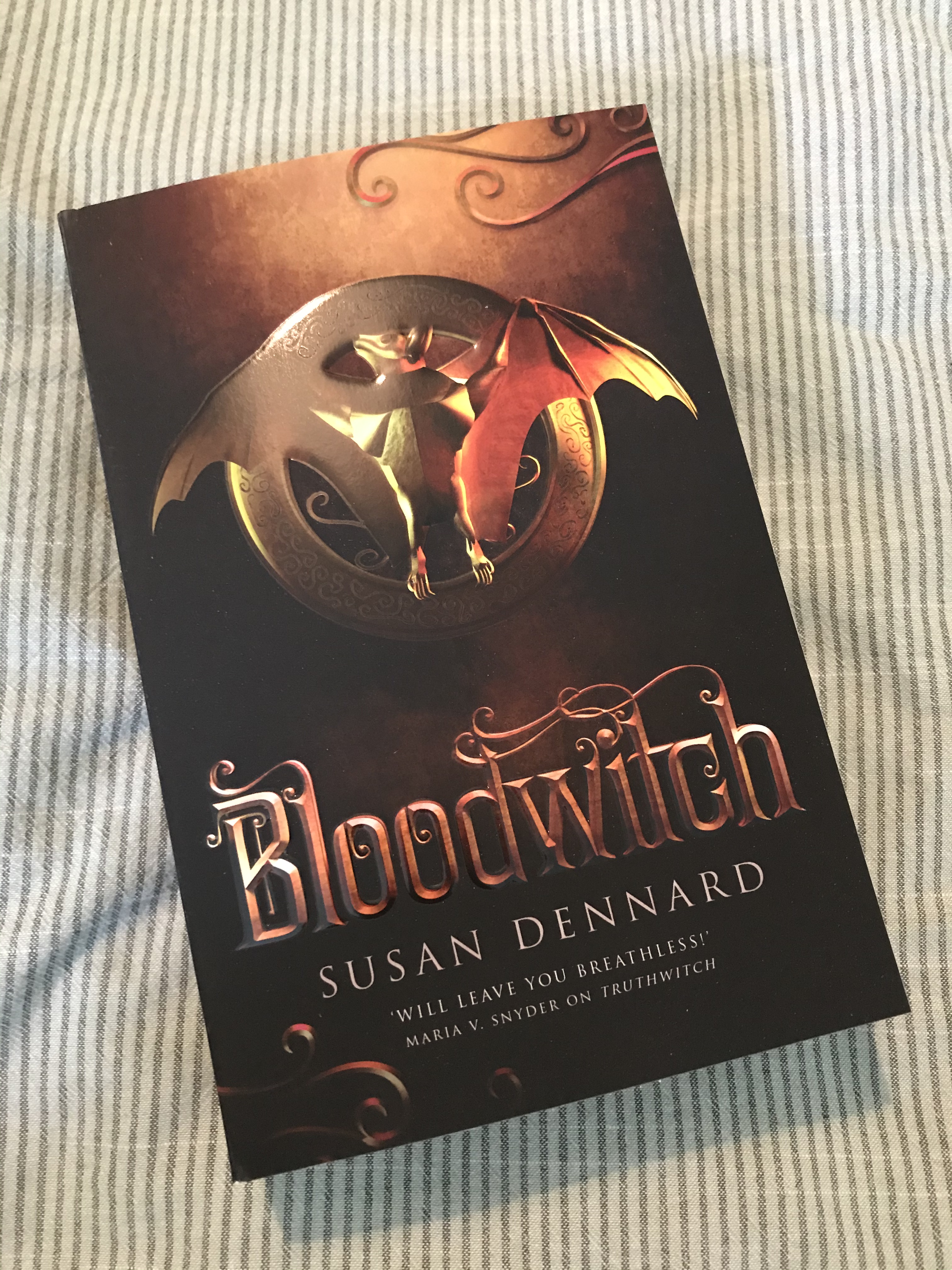 Ownership: Review copy sent from Tor Books free of charge. All opinions my own.

First things first, I’ll try to keep this spoiler-free, but the further into a series you get, the harder it is to talk about a book without mentioning something, so proceed with caution if you haven’t already read Truthwitch and Windwitch!

I was a little apprehensive about starting Bloodwitch after the disappointment of the previous book, but I was relieved to find that straight away, it was a much easier and more fluid read. Possibly it’s down to me having my expectations lowered, but everything seemed to flow more comfortably, with a better balance between action and character development. I thought that the characters felt much more true to themselves as they were introduced in Truthwitch, and the book itself returned to some of the elements I liked more in that first book. Mostly, though, I think what really helped my enjoyment here is the fact that Merik is more or less sidelined – he has shorter viewpoint scenes, and plot purposes mean that he doesn’t get to spend them maundering about. I grew to absolutely hate him during Windwitch, since I found him obnoxiously whiny and self-centred, and disliked the page time he took away from the more competent girls.

One thing I wasn’t expecting to happen was how much Aeduan grew on me in this book! I know he’s a fan favourite, but I hadn’t really felt much connection to him thus far – here we get to spend a little more time on his backstory and in his mind, and it really helped to humanise him. I’m still not sure any of the romance in this series is a strong point (there’s lots of being-inexplicably-drawn-to-someone, without necessarily having the on-page interaction to back it up), but it’s nice to at least have him fleshed out. Vivia, too, is much better fleshed-out and more human here, and I ended up really enjoying her sections. Every character has about six times the development here than they did in Windwitch, and it shows – it’s much faster-paced and feels like loads is happening in every chapter. Though I don’t think the viewpoint chapters are actually longer, they feel way more interesting, which helps avoid the choppiness. There is perhaps slightly too much going on in places – there are slightly too many side characters to keep track of – but that’s much better for me than not enough!

I honestly think you probably could have condensed all the plot of Windwitch into maybe 40 pages and added it into Bloodwitch‘s storyline, skipping the book entirely – which is saying something considering this is already over 550 pages long in paperback! I’m genuinely surprised at the swoop back up in quality. I enjoyed Bloodwitch nearly as much as Truthwitch, and I can only hope the rest of the series keeps it up!